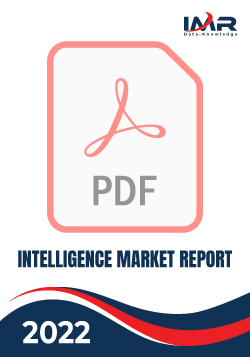 Global Plastic Hot & Cold Pipe Market is valued at approximately USD 6.1 billion in 2021 and is anticipated to grow with a healthy growth rate of more than 5.8% over the forecast period 2022-2028. Plastic hot and cold pipe is a hollow plastic cylinder or tubular portion. Polyethylene (PE) pipes are increasingly being used as a safety coating for electrical wire systems. Many plastics hot and cold pipe manufacturers now use AI and IoT technologies, which provide a variety of capabilities such as real-time monitoring, fault detection, remote operation, and troubleshooting. According to the United Nations (UN), the world population will reach 8.5 billion people in 2030, 9.7 billion in 2050, and 11.2 billion in 2100. Residential housing demand is expected to rise in the future as the population grows. Eventually generating demand for domestic plastic hot and cold pipes. Government support and incentives for the adoption of underfloor heating systems are driving growth in the residential sector; similarly, plastic hot and cold pipes are corrosion resistant, easy to install, and cost effective, driving demand for plastic hot and cold pipes globally. Furthermore, following the COVID-19 crisis, the building and construction sector has seen an increase in demand worldwide. According to the Oxford Economics Report 2021, the global construction market is expected to grow by USD 4.5 trillion between 2020 and 2030, reaching USD15.2 trillion. Plastic hot and cold pipes are widely used in the residential sector, so growth in the building and construction sector creates opportunities for the Plastic Hot & Cold Pipe Market. Stress fatigue fracture won't occur because of excessive thermal expansion or cold contraction brought on by a temperature change. Therefore, copper plumbing pipes and fittings for hot and cold water supplies may restrict the use of plastic hot and cold pipes.

The key regions considered for the global Plastic Hot & Cold Pipe market study include Asia Pacific, North America, Europe, Latin America, and Rest of the World. During the forecast period, Asia Pacific is expected to hold a significant share of the market. The Asia Pacific region is home to the chemical and petrochemical industries. Because of the rising demand for power in the region, the countries in the region have increased domestic production. Because of the presence of major players in the region, the market in North America is expected to expand at a rapid pace during the forecast period.

The objective of the study is to define market sizes of different segments & countries in recent years and to forecast the values to the coming eight years. The report is designed to incorporate both qualitative and quantitative aspects of the industry within each of the regions and countries involved in the study. Furthermore, the report also caters the detailed information about the crucial aspects such as driving factors & challenges which will define the future growth of the market. Additionally, the report shall also incorporate available opportunities in micro markets for stakeholders to invest along with the detailed analysis of competitive landscape and product offerings of key players. The detailed segments and sub-segment of the market are explained below:
By Raw Material:
Cross-Linked Polyethylene (PEX)
Polyethylene - Raised Temperatures (PE-RT)
Polypropylene Random Copolymer (PPR)
Chlorinated Polyvinyl Chloride (C-PVC)
Polybutylene (PB)